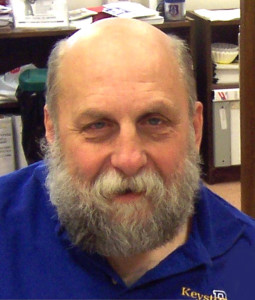 Member, Board of Directors; Sports Director

I joined the U.S. Marines in 1966 and went through boot camp at Parris Island for eight weeks training, which was usually 12 weeks, but Marines were needed for Vietnam. Next I went to Camp Lejeune for infantry training where I was trained in every individual combat weapon. When that was completed I went Lejeune Court House Bay for Combat Engineer School. Training there was fast and furious because combat engineers were needed quickly. A 20-week school was crammed into 20 days. The Marine Corps also put me through the combat and staging battalion at Camp Pendleton, California. So I entered Boot Camp in May and was in Vietnam before Thanksgiving. I served 13 months all over Vietnam; on my return I was stationed at Norfolk, Virginia to finish my four-year hitch as an E-5 Sergeant.

I worked at Allegheny Ludlum Steel until I became disabled in a motorcycle accident in 1980. I sustained a C6-7 injury, leaving me a quadriplegic.

My rehabilitation was at Harmarville, where I was introduced into wheelchair sports by the Pittsburgh Steelwheelers. I have participated in sports over 32 years in marathons, road racing, track, field, and quad rugby. My greatest satisfaction comes from getting others involved.

Through sports I was introduced to Paralyzed Veterans of America. I became a member in the 1980s and have held many offices including secretary, board member, sports director, legislative advocacy director, vice president, and president. I continue as a board member and am the current Sports Director. I volunteer approximately 1000 hours annually at the Heinz campus of the VA Pittsburgh Healthcare System and with the Keystone Chapter

Member, Board of Directors; Chairman, Building Committee I was inducted into the Army in 1953 and served in the Korean War. I served as a tank commander and was released from active service in 1955. Read more…